This post collects notes taken during my first research trip in Rotterdam. It is followed by another post with my notes from Berlin.

It's interesting to see the Netherlands from the sky, at night. Smart cities? Cities? From here, the whole country is a conurbation. Yesterday Nick told me that about a third of the british population lives in big cities, a third in small cities/towns and the other third on the countryside. I wonder what the Dutch composition would be. Tomorrow one of the keynote speakers will be Ayona Datta, who is involved with a project called 'Learning from small cities'. I know Adam Greenfield and her have been disagreeing on articles. Need to read more about it.

Almost landing... now the whole country feels a bit like Sao Paulo. The city, not the state. That feeling of looking to either side and seeing no end to the built environment.

I was supposed to get the train to Rotterdam, but it was cancelled. Next one would only leave in one hour. I eventually found the teller and bought a ticket that would allow me to board another train and change in Leiden towards Rotterdam. I was told I should get off the first train, change platforms and get the next one. In fact, I should have just entered the train on the other side of the same platform. Lost another 30 min for not noticing that. 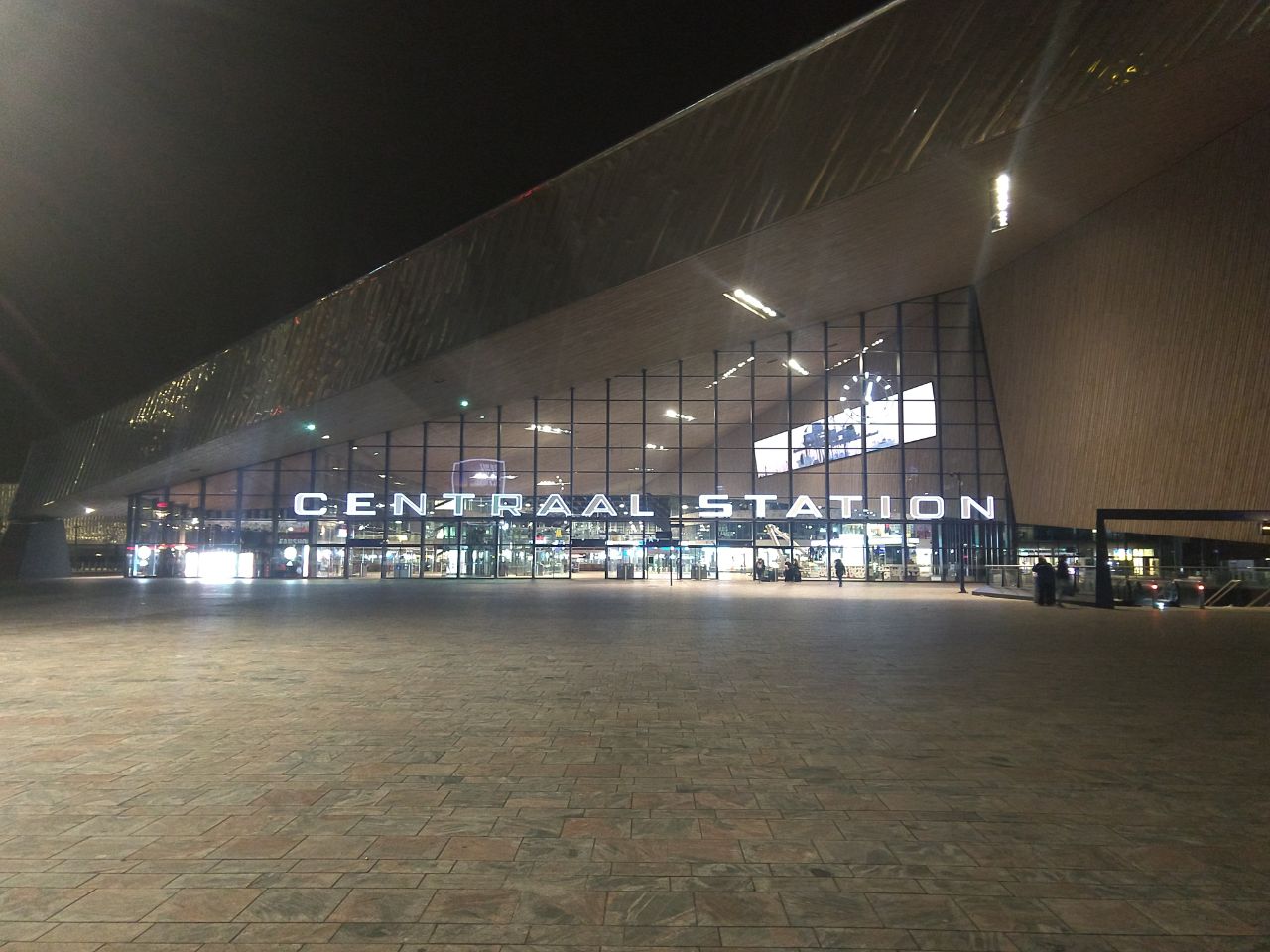 Het Nieuwe Institut, waiting for the conference to start

Yesterday watching the cities go by from the train window, but also today on my way here, I thought about the contrast between the Dutch architecture and the context I left recently in Ubatuba, a place still being developed. A sense of scarcity against excess. Two dimensions of openness. To what extent is that which I perceive as excess a way to elevate the understanding to higher levels, or how is it only a means to keep the construction industry active? Form over function. The chairs here don't look comfortable for days packed with sessions and keynotes. The bookstore's selection is gorgeous, perhaps too intentionally. Green, sustainable, participatory planning and design all around. It seems to be this way not only to sell books, but to pass along a message about the venue itself. 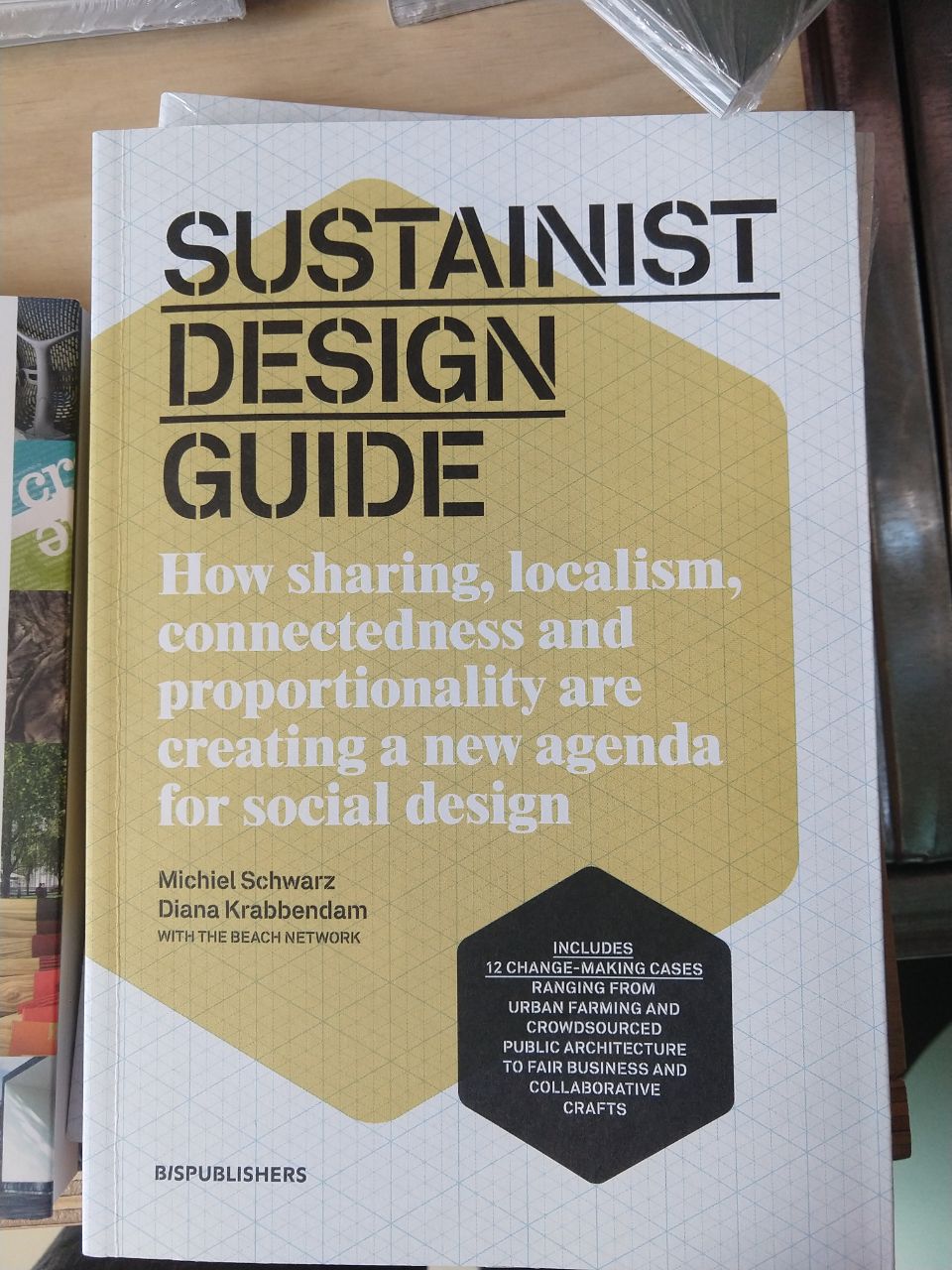 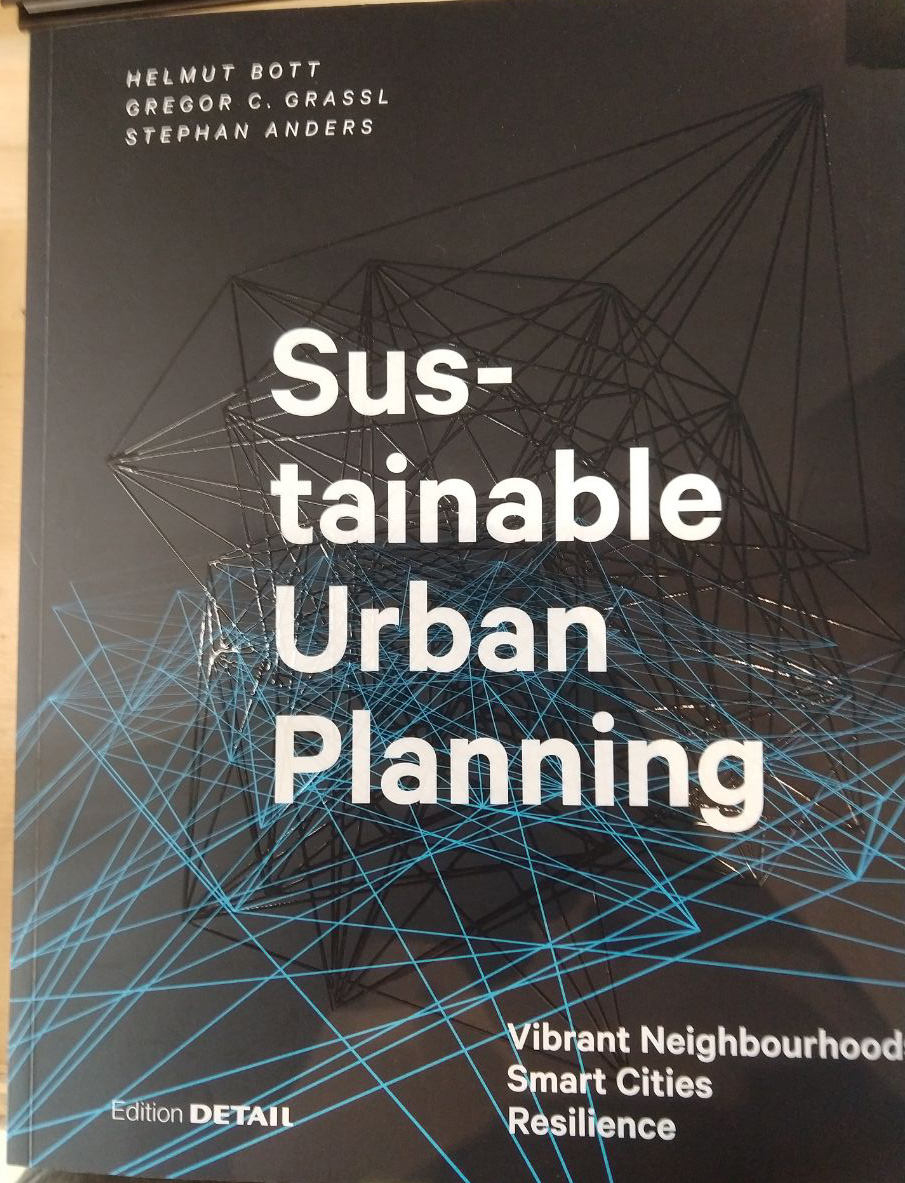 At the same time that a sort of high level cosmopolitism makes me uncomfortable, it also stimulates me. Perhaps a part of what I have learned about an intellectual sociability has a lot of Dutch influence. a kind of academic debate with more oxygen than what I see in Brazil. Silent and respectful but also poignant at times.

Who owns the smart city?

Ayona Datta talked about a project (AanaJaana) that empowered young women in an urban community in India, using readily available technologies to create communication channels and help tackle relevant issues of safety and gender. Urban life in the margins. Speak back to the smart city with a creative practice. Rap + video clip: 'the city is for you and me'. The women were already connected to local NGOs. Got attention from mainstream media, and the issue of safety and gendered made it into the discussions for the next elections.

Bianca Wylie brought a very lively account of the Sidewalk Toronto project, a 'bar fight wigh Google'. The city was not ready for the project. A governance vacuum. Dirty tactics used by the private sector. Companies that skip regulation and use people to defend their space. Shapeshifters. Each constituency saw their own version. Affordable housing, technology, sustainability, jobs. What's not to like? In fact though, it is a corporation trying to exert power. Buying consent with 50 million dollars. To every issue raised, they would say 'you are right' - agile methods, never ending discussions, but the mechanism wouldn't stop for nothing. Government acts like the cat bringing you a 'present' - a dead bird. 'Look what I brought!' The corporation is not to blame, but government is. How to treat it as a collective action or bring to public consultation if nobody knows what they're talking about? Recommendations about procurement: granularity, no omnibus procurement. Small/specific, so issues can be raised and properly discussed. And engage residents before procuring.

Rob Kitchin commented, as a good reminder: ownership of the land. Not only about governance, but also tax generation.

Promises of democracy in the smart city 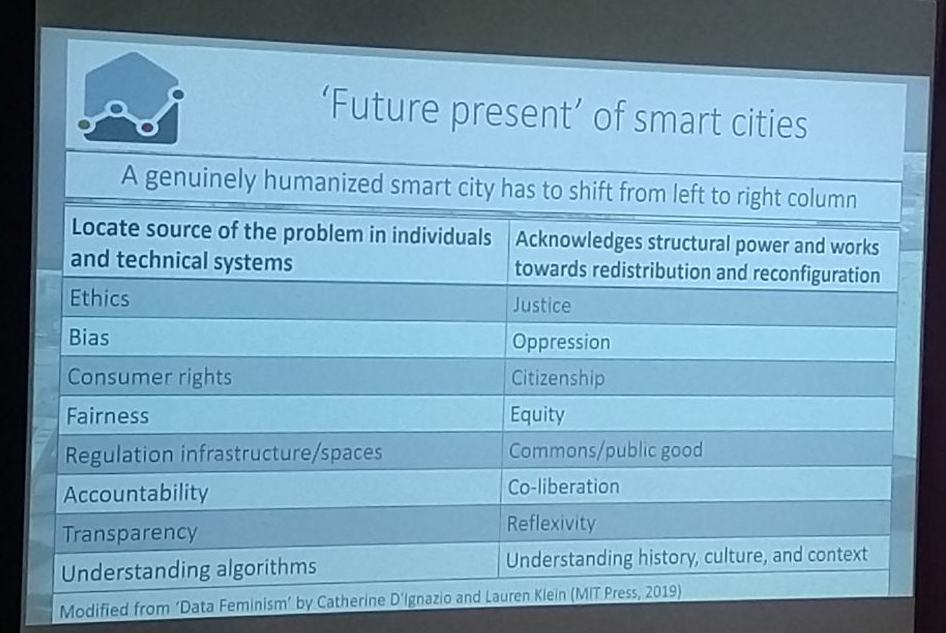 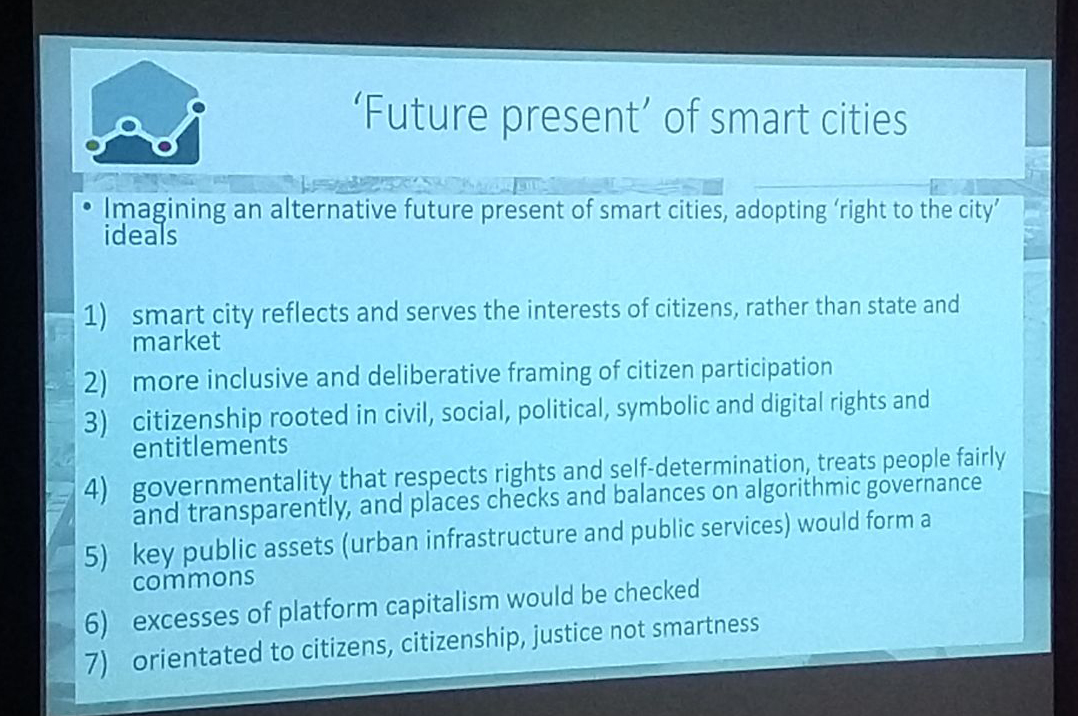 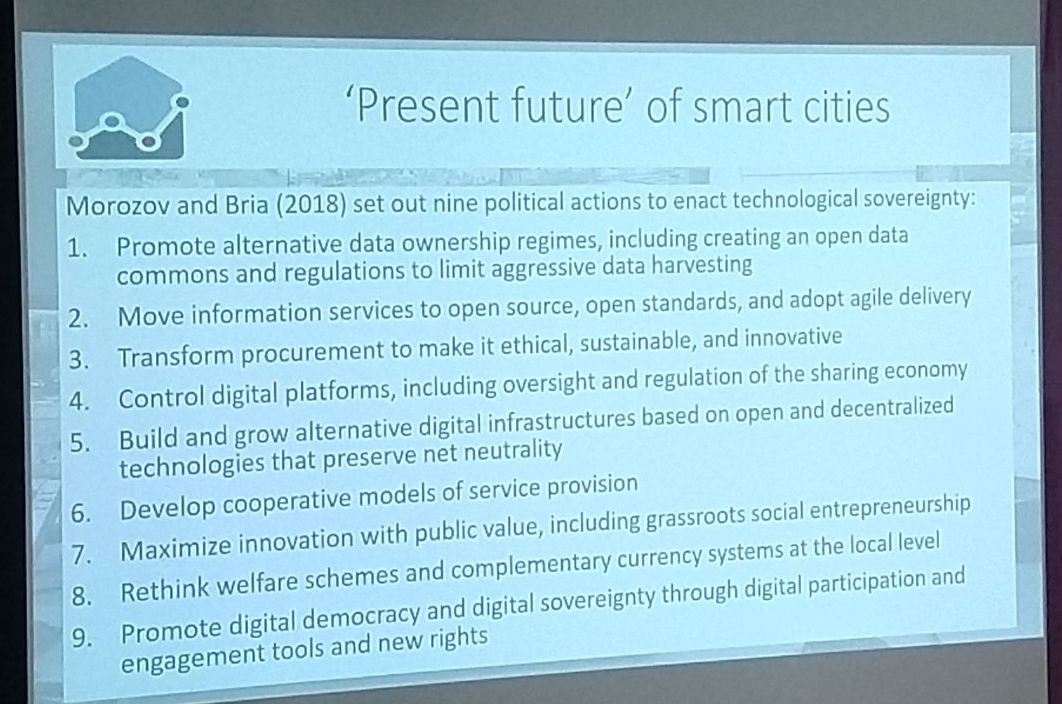 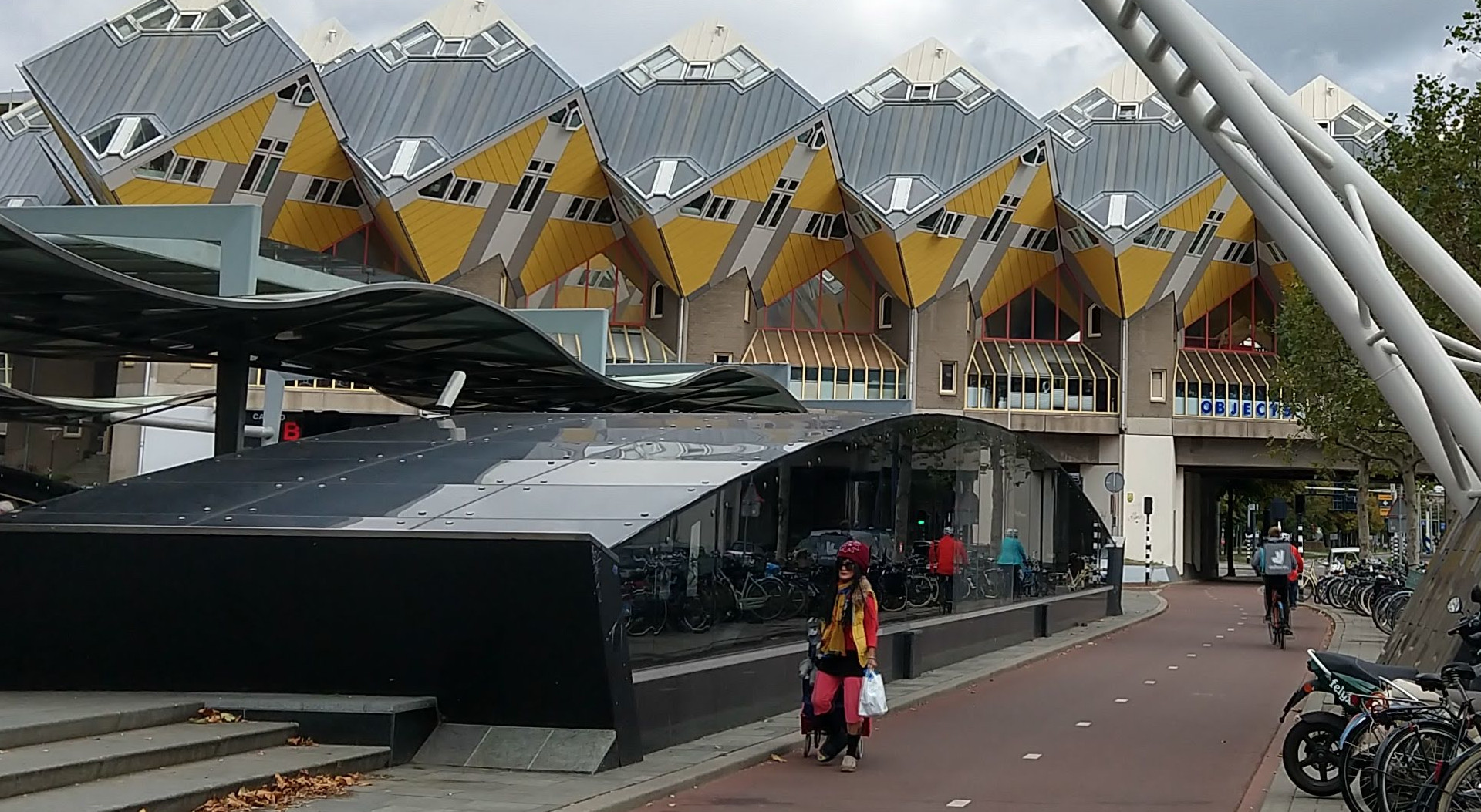 Dissensus and memory in the smart city

Maria Kaika. Don't call me resilient again. Immunity metaphor. Smart city - a totem to our wish to repair cities. Maasdar - precarious labor. Green gentrification in San Francisco Bay area. Anti Eviction Movement in Barcelona. Instead of building consensus, find other actors. Shift from big data to quali data. 136.gr, collective water management. Smart solutions do not address the causes. It is a political matter rather than a technical one. Not consensus, but dissent.

Willem Schinkel. Memory and history in smart cities. Selectivity makes a system time-resistant. Memory as a substitute to the incapacity to observe. Benjamin: memory is not meant to make the past redundant, but to bring it to the present and shape the future. Markov chain - repeat present in the future. Proliferate the observers to look for memories outside enclosed 'smart' systems.

Concerns and contexts of citizen data

Programming decency in the smart city

Roy Bendor (with Jan Misker, V2_). Charles Taylor, 2004 - social imaginaries. Sassen - Cityness. Necessity and inevitability of the smart city is never discussed. Technologies are only part of the larger discursive field. Shadow smart cities. Instead of treating the public as audience, engage it.

From the discussion afterwards: Sage asked about low budget smart cities. Global south / global east. V2: residencies. Survival as a given. Rob: not only whose smart city, but also why smart cities? Discussions here are often about real estate, no mention of capitalism.

Walking around Rotterdam, trying to understand how I felt. Chico Science on my earphones, manguetown. Not yet able to solve the question with excess, aesthetization, a certain splurge. Yes, on the one hand there is a direct relationship between architecture and civility, sociability. Rotterdam looks welcoming, breathing, most of all living. Different from what I felt in Doha, different from Shenzhen. Large scale, it must be hard for one to feel empowered. On the other hand, expansion of capitalism, West India Company, mercantilism. Harbour. Oil. Externalities - environmental and social alike. We - south americans, and also africans and asians - are not outside. We're part of this thing, despite a discourse of meritocracy and apparent civility. I like seeing people, and bikes, and some level of urban mess, dirt. I think, as I did on the plane and on the train, in material flows and their human configurations. The city as a makerspace is a superficial approach, indeed. But I'm not becoming an urbanist myself. Prototyping and probing, with a critical take. 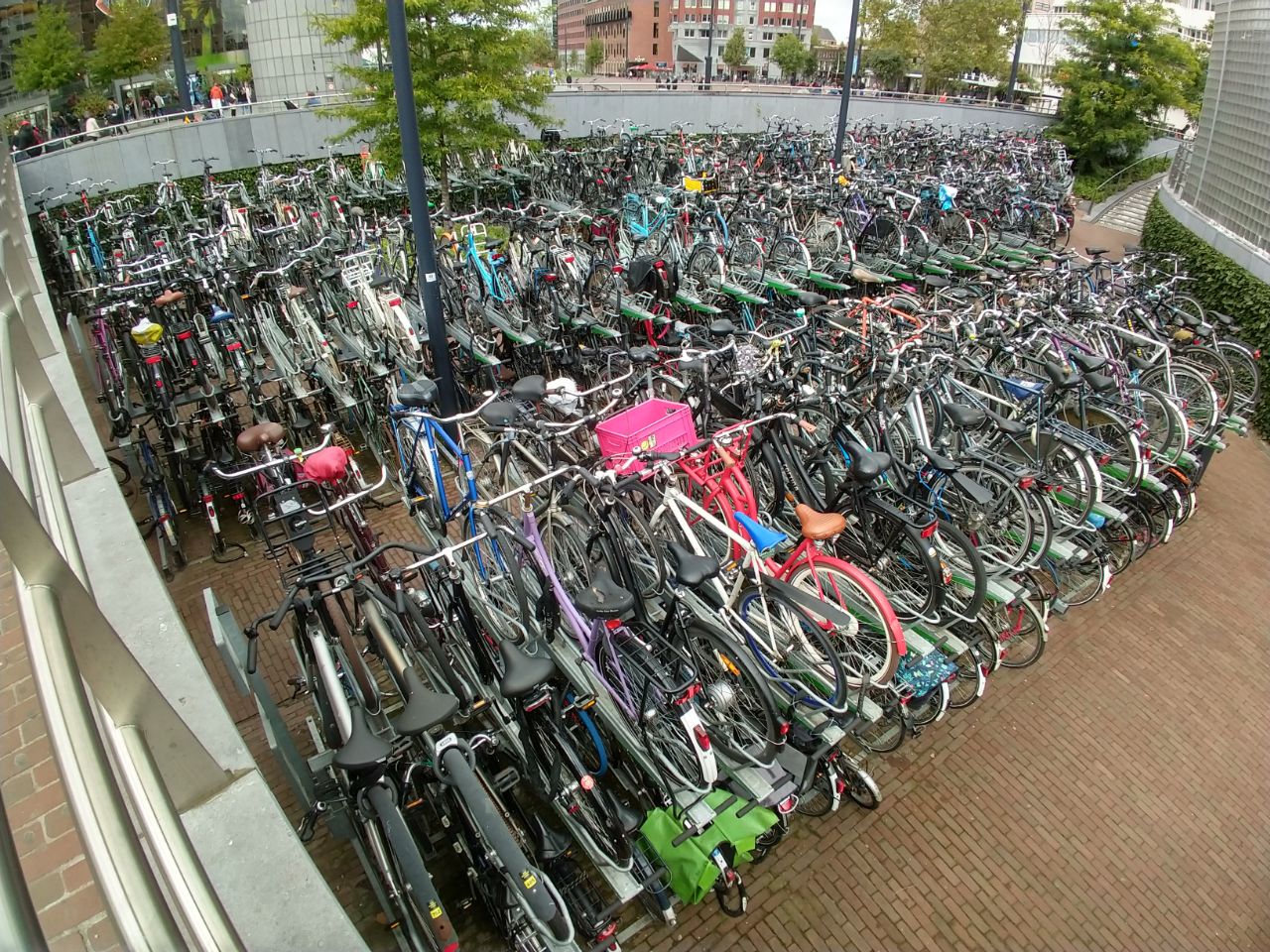 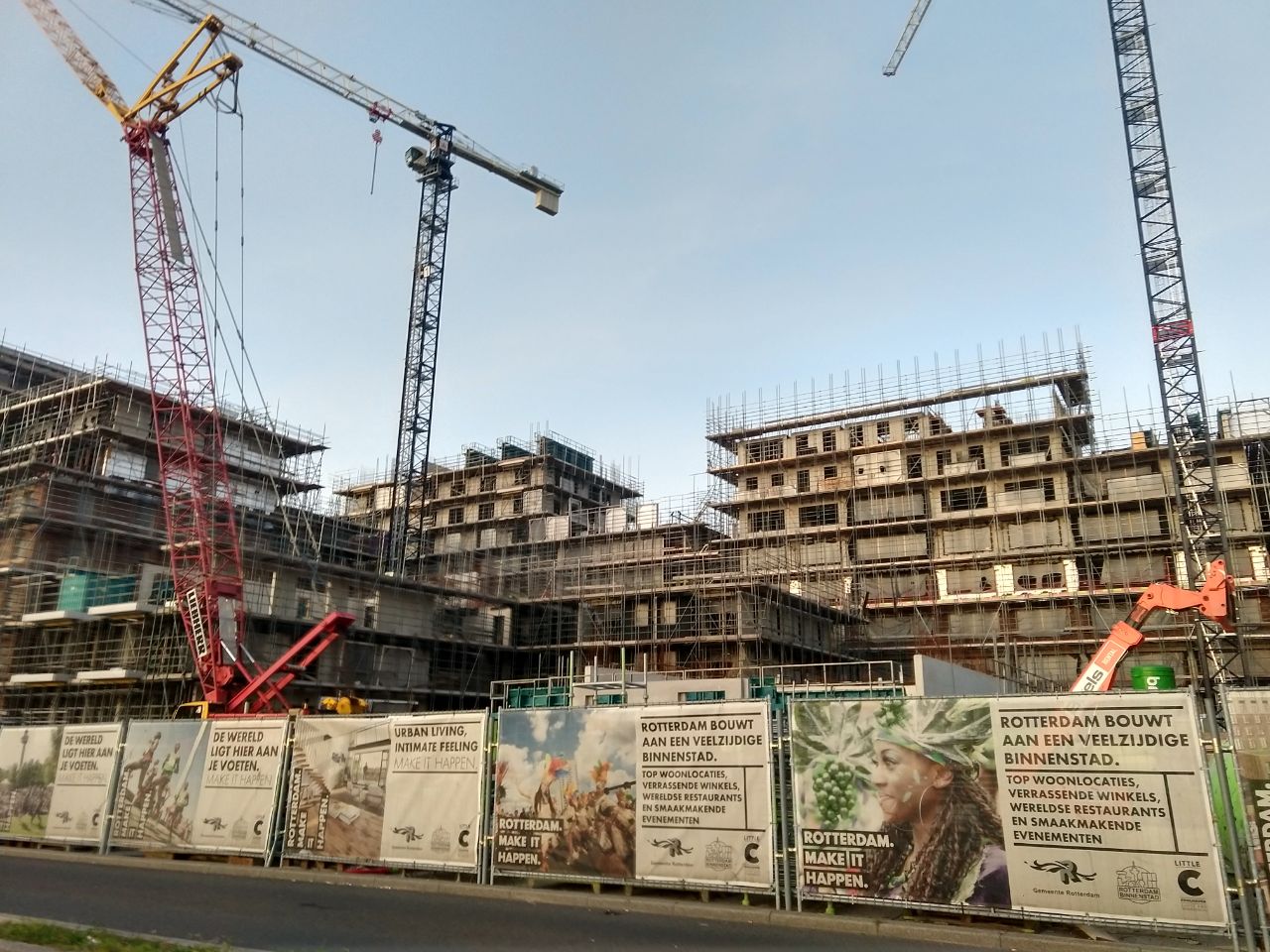 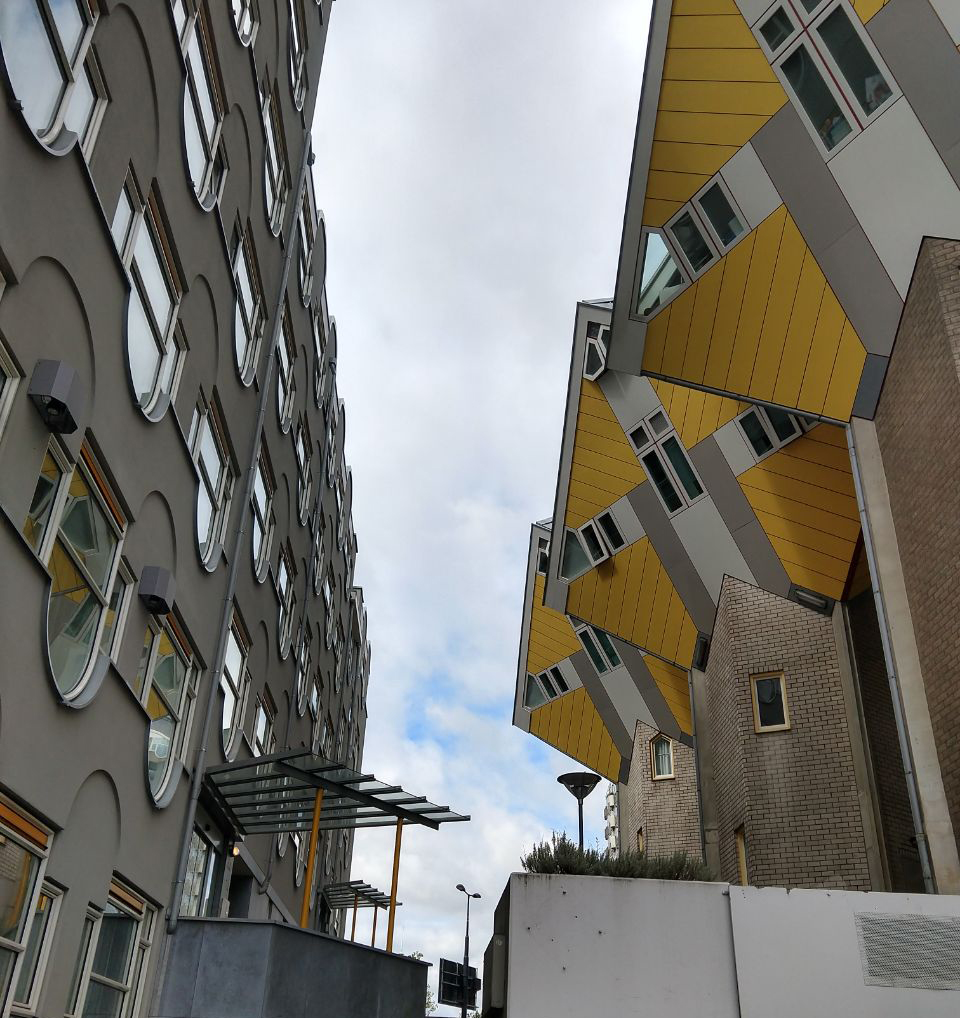 People on outside tables of a cafe. All of them face the street, even when sitting in pairs or more. Is it this cafe only, or a cultural thing here? In Brazil we would face each other when in pairs. 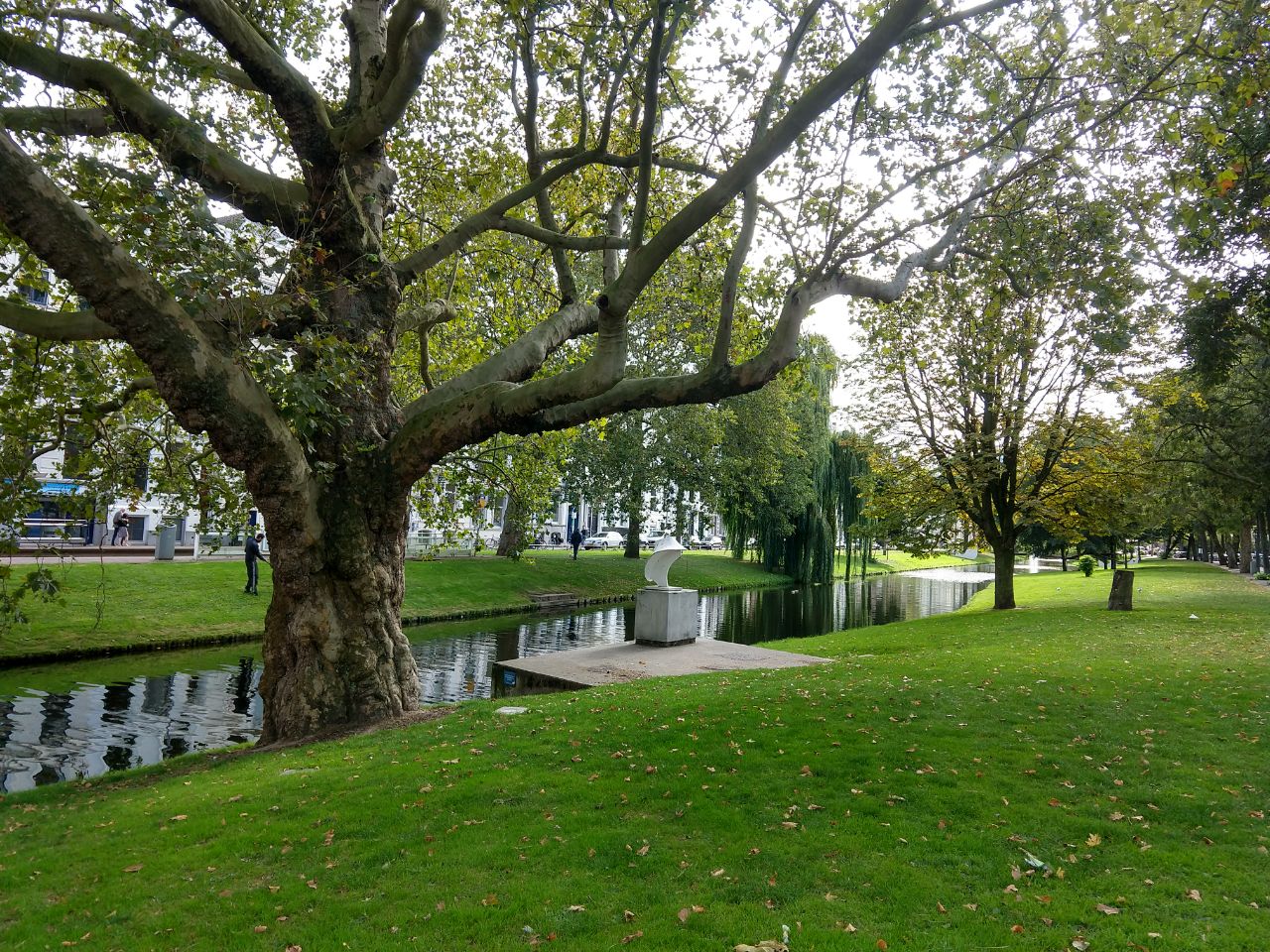 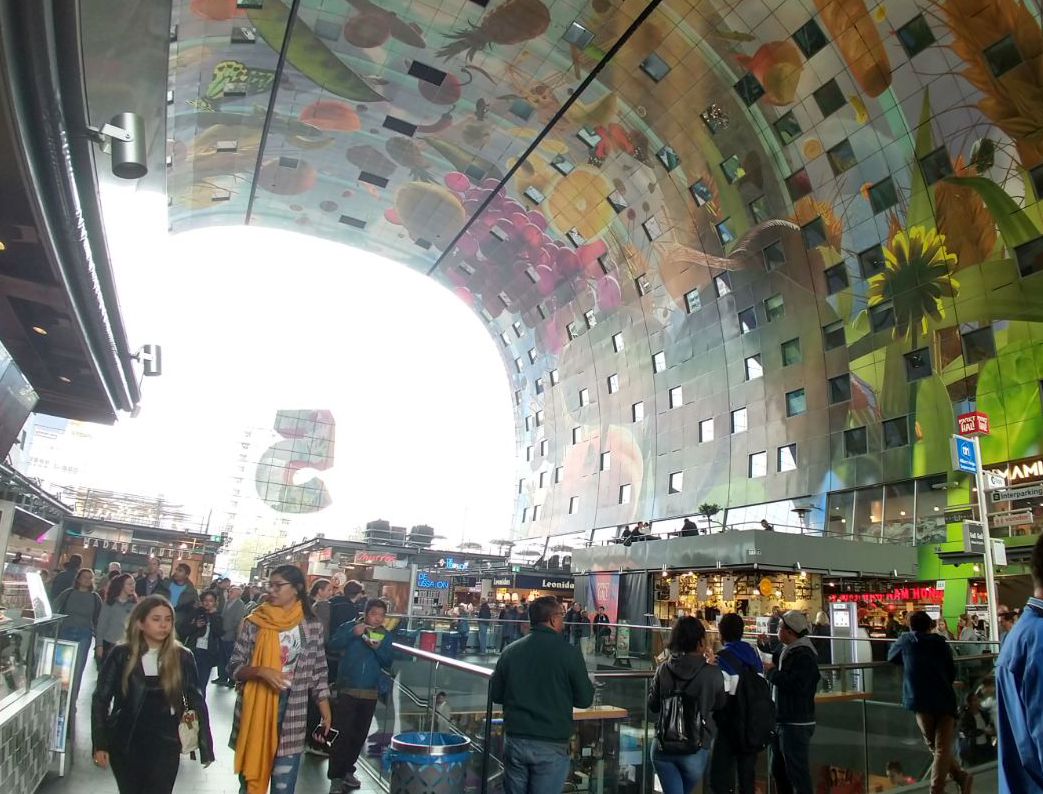 Trying also to process the shock I felt some months ago while meeting a friend whose origins are on digital inclusion and open source, but has recently converted to the value of street cameras for municipalities. Is he becoming Mr Hyde and not noticing it? 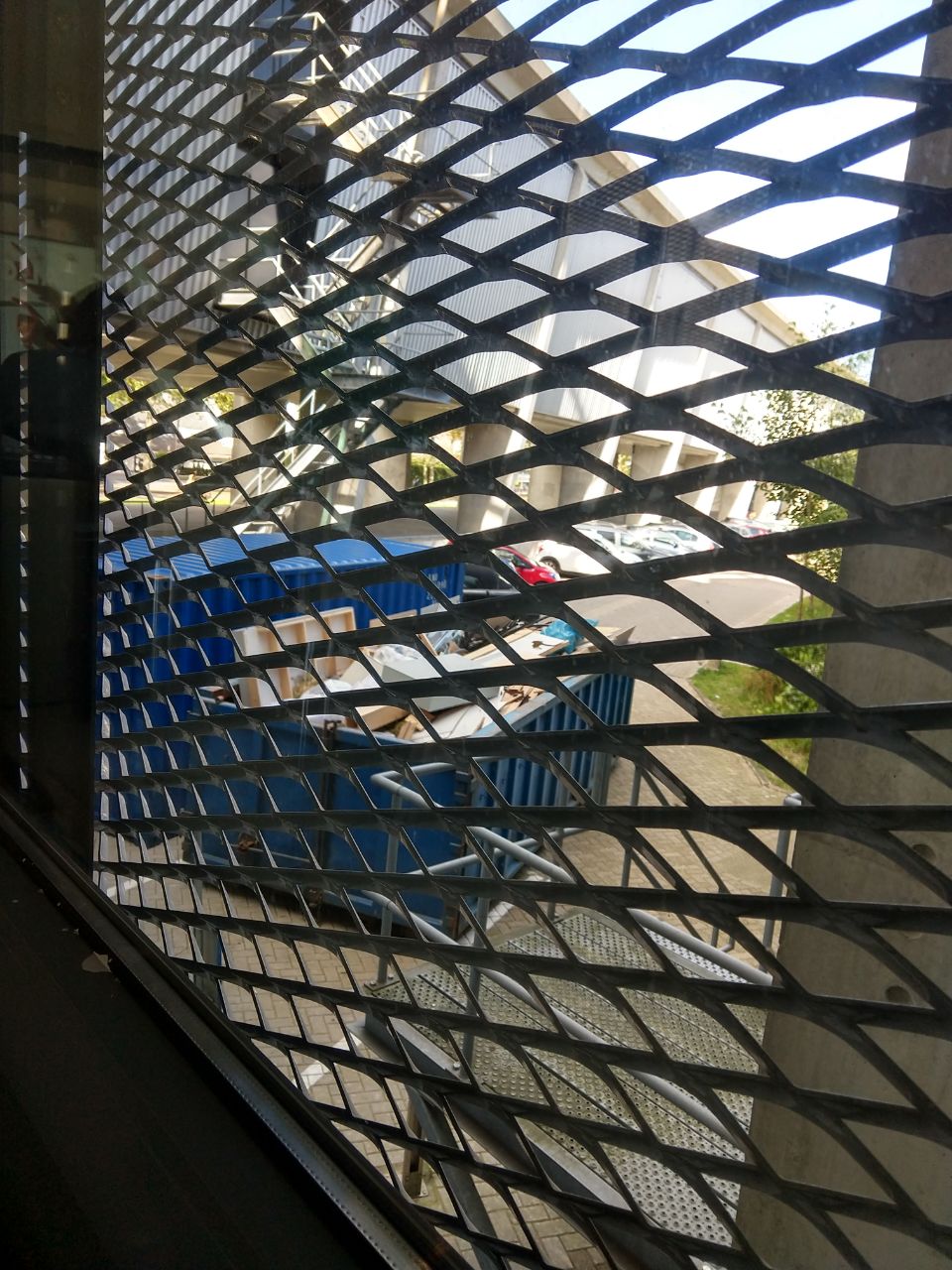 Then - boats. Harbour. Port of Rotterdam. Atlantic connection to my former life in Ubatuba. Feels good. 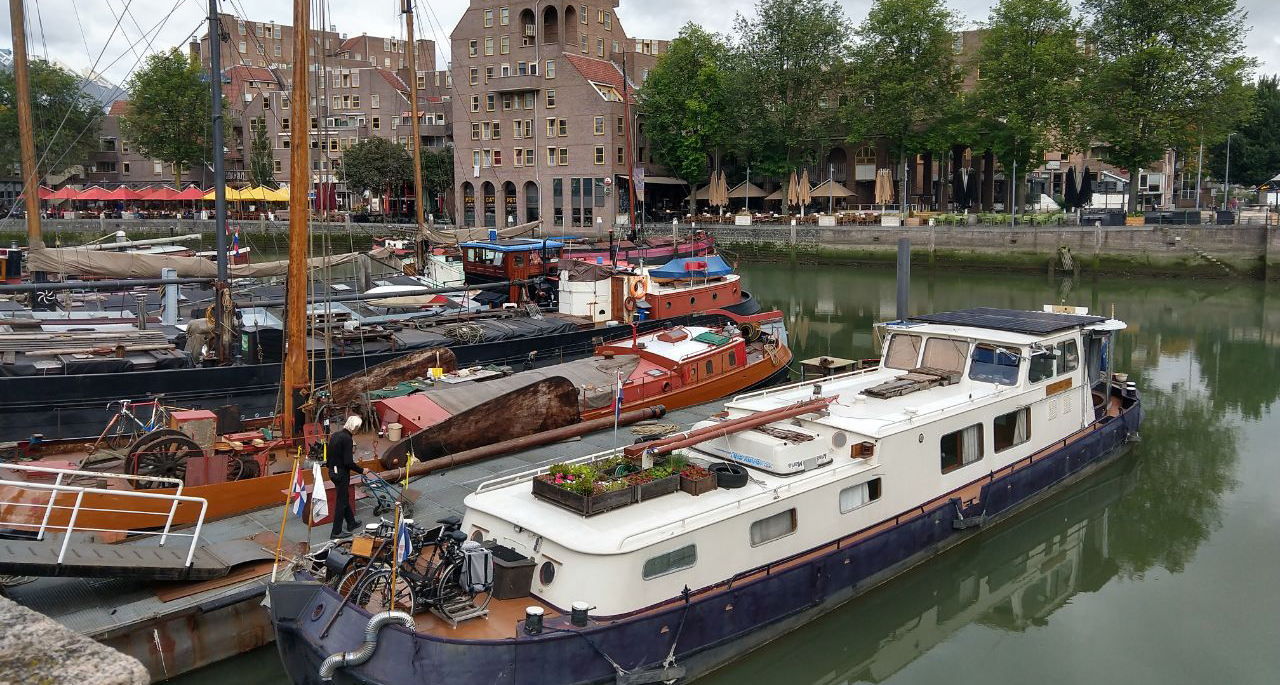 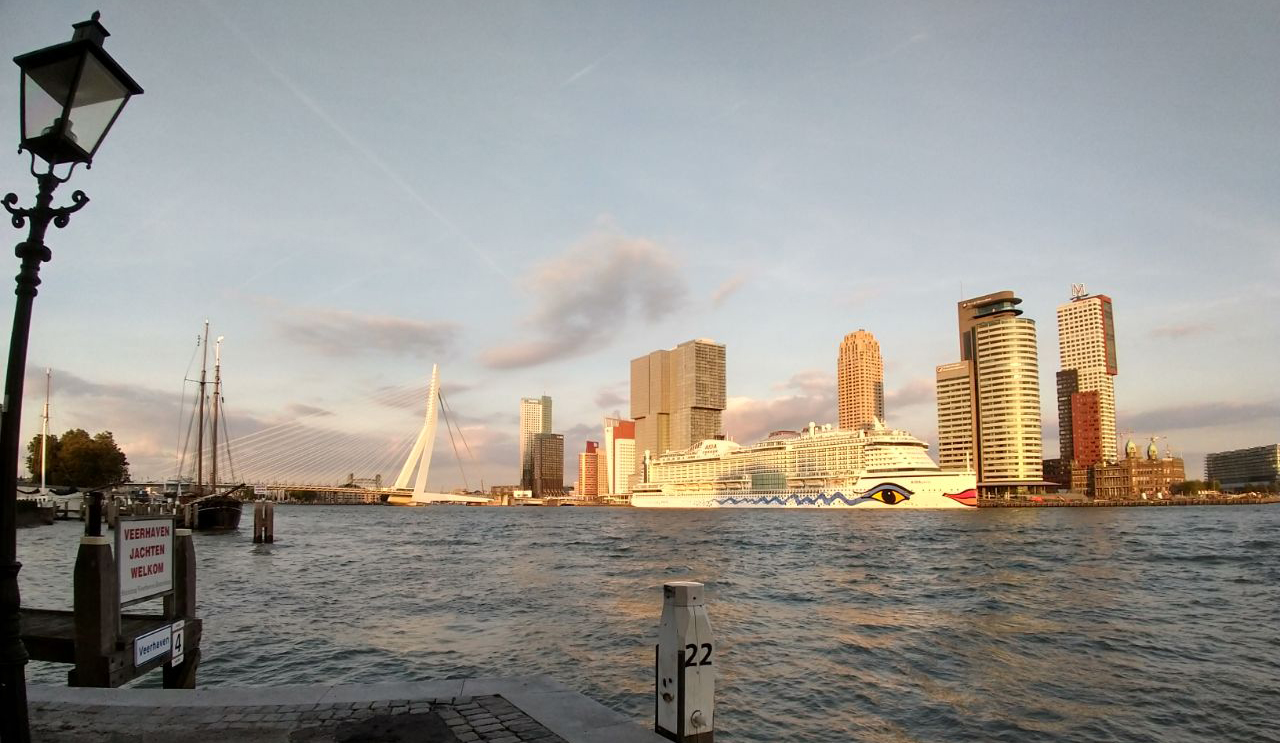 It's been years since I last had the chance only to attend a conference and not present anything, and that itself was liberating. I met old friends and made new ones, but didn't need to think about my slides, presentation or time slots.

By the end of the conference, I felt as though I had a crash critical course on the smart city and its implications. But I do agree with one of the last comments made by Rob Kitchin: there was little to no discussion about capitalism, labor and how value is generated. It is as if the whole discussion was about the city outside the world of work. And that in a sense is a superficial approach, as urban life is to a great extent organised around work. By the way, it was Rob who cited the work of Francesca Bria and Evgeny Morozov, rethinking the smart city, of which I hadn't heard before. It's curious because I've been following Francesca's work since some years, and also because on my way to Rotterdam I was (coincidentally?) reading another article written by Morozov, Capitalism’s New Clothes. 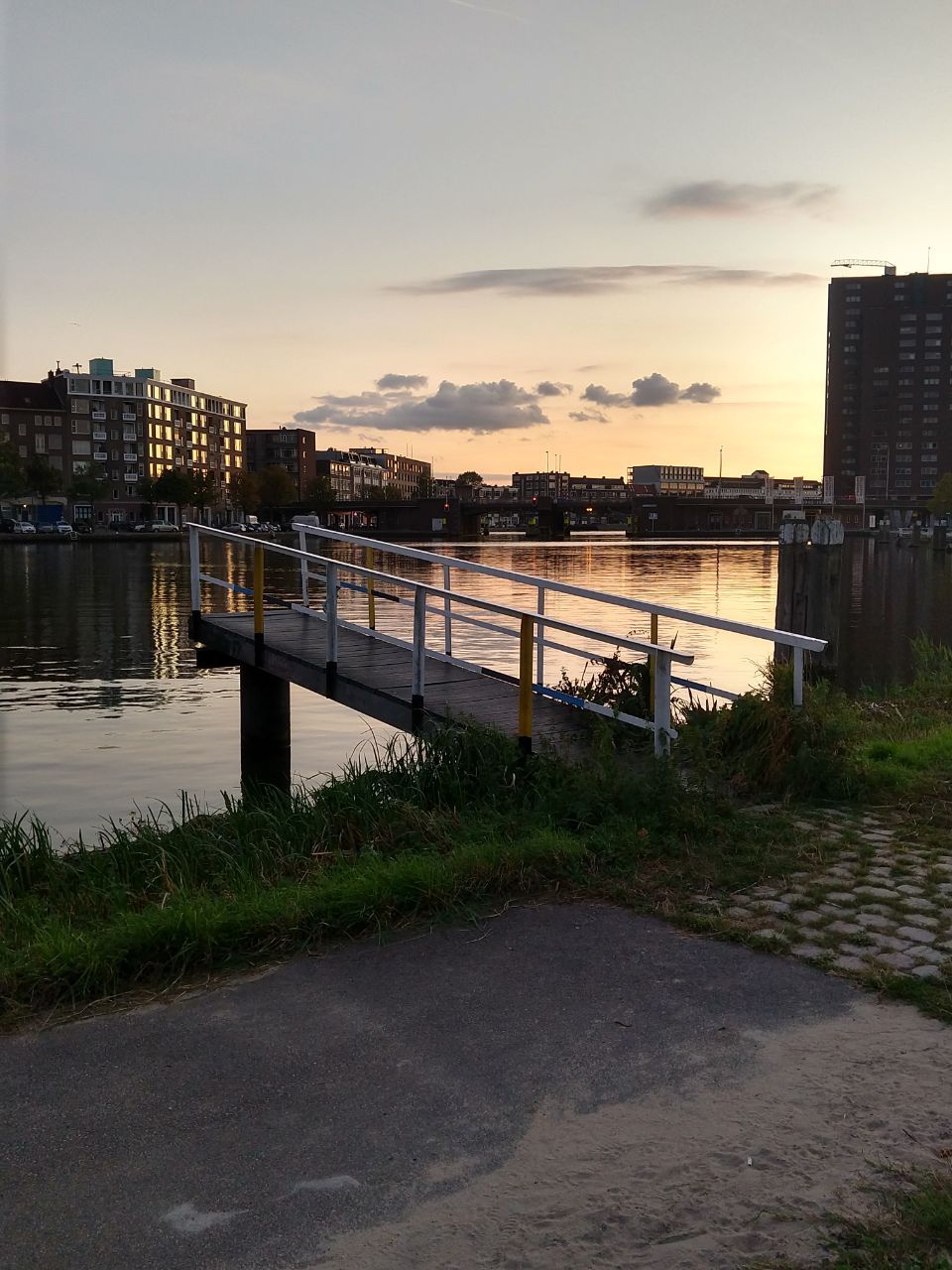 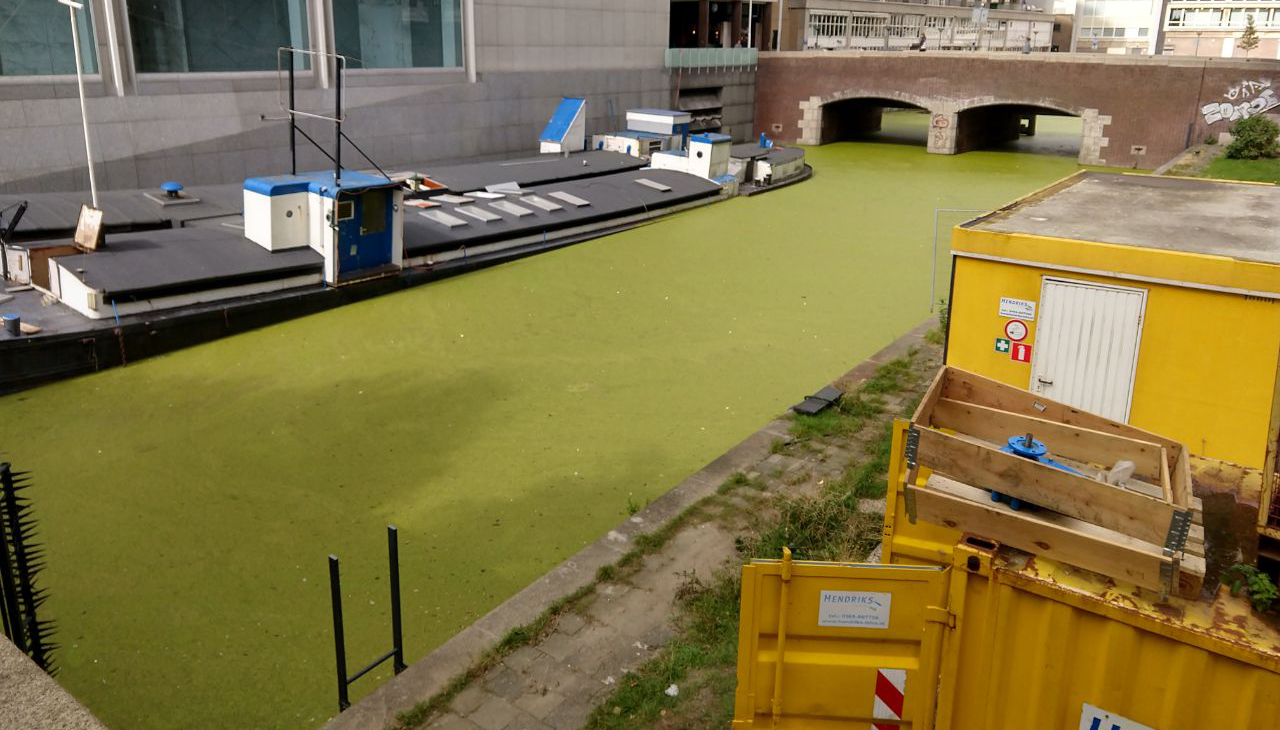 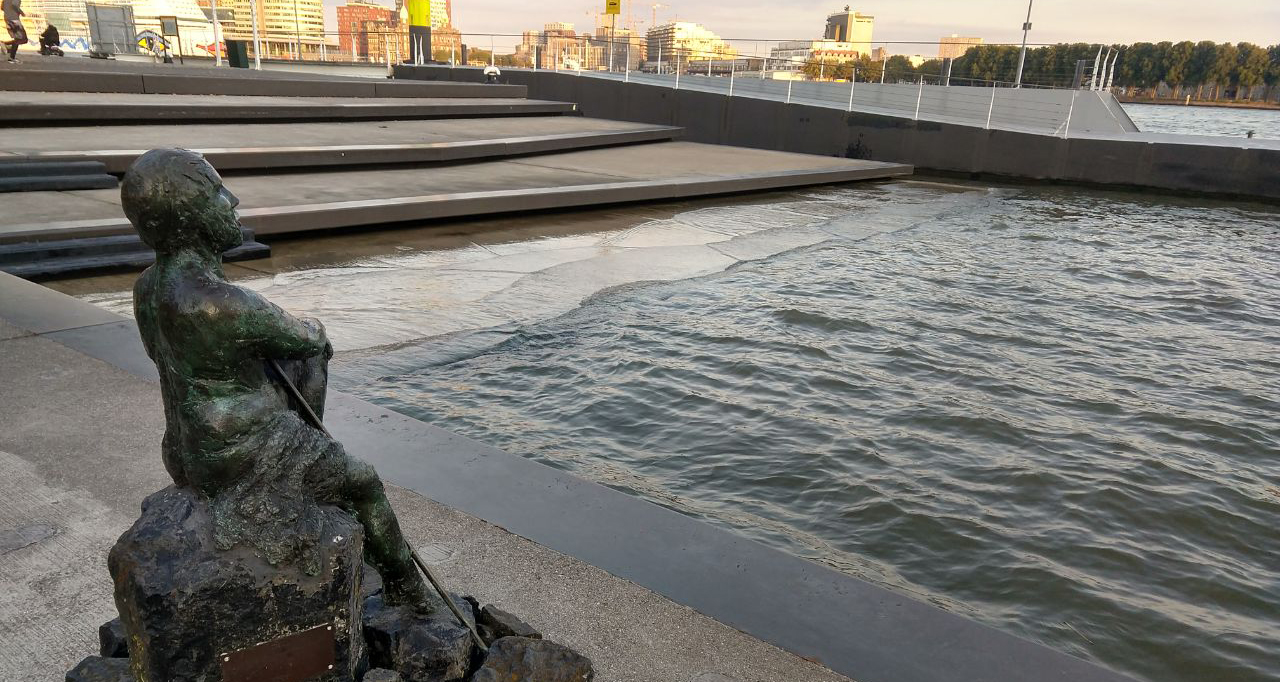 En route to Berlin by train: trying to escape from the tension between well-intentioned excess and precarity (both the willingly self-inflicted one and the one caused by the lack of alternatives). Today is the global climate strike. I am in a train, yes. But I eat beef and in a couple days I'll be flyin. How to balance it all?

I have just finished Morozov's article and started reading his and Bria's essay on smart cities. Other perspectives. Smart cities in a broader sense, not only Cisco/IBM/Siemens, but also Google, Uber, AirBnB. Counteract commodification, the supremacy of market as the way to organise the world and society. I turn my eyes back to the questions I would like to address in my own research. Waste. An object in a landfill is... a waste of value. How to say 'desperdicio' in english? Wastage? An object in a landfill is value being wasted. An object in an incinerator is value being wasted (and generating a very slight benefit when it propels electric fans). An object getting recycled may also be wasted - and generated further waste, toxic implications, transform value into smoke. Build around that. Think of environmental and economic implications. Demonstrate it. 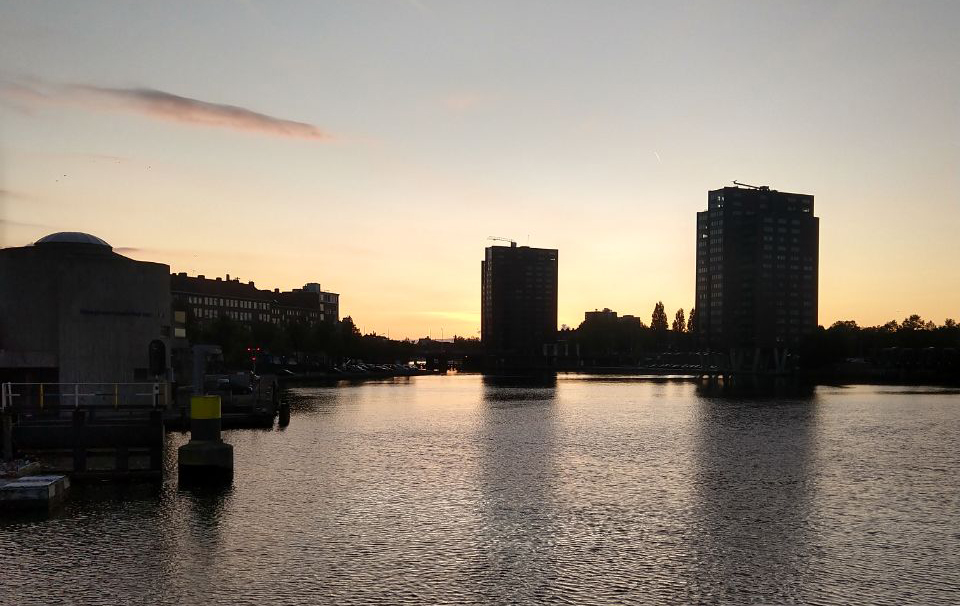