This is a slightly edited version of an email I sent some weeks ago to my supervisors (all four of them) and project management.

Update: the plans below may be outdated. Please refer to documentation in this GitHub repository.

In February, we're having the IoT tech training with Officine Innesto. My plans are of making a speculative machine (tentatively called e-i) that identifies objects and brings information about their repairability, spare parts, upcycling and stories/instructables. Rolling documentation/brainstorm / sketches in the doc I've just shared with you.

I don't expect to have a functional machine in a couple of months, but rather a prototype to demo how it would work. I can see e-i operating in at least 3 or 4 different versions: mobile app, website, desktop machine (for repair workshops, flea markets, scrap stores, repair cafes), standalone kiosk (for public spaces). For the tech demo, we'll probably use NFC/RFID to mock the identification of objects and have a small display with a website displaying info about the "recognised" objects. 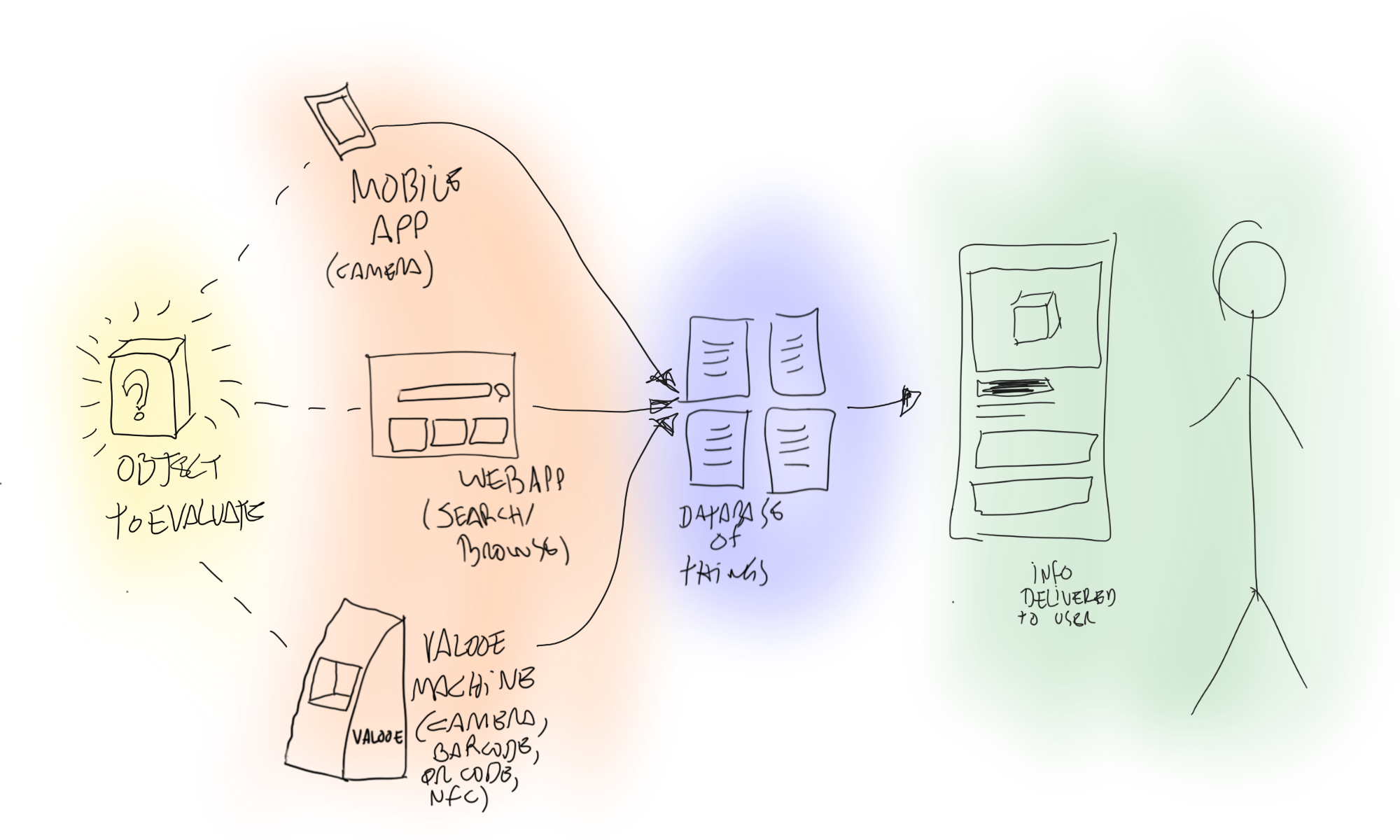 For my research purposes, the link between the repair/upcycle machine and "smart cities" will need to be more explicit in the future. I am basing this argument in a series of assumptions:

I know I repeat myself a lot, but I do think that the role of "agent valoriste" that I heard of for the first time during a residency in Nantes in 2016 must be a core part of my research. Here's a professional course on it being taught by an association there:

If anything, I'd love my prototypes to serve those people and organisations.

I have accepted that the possibility of doing any kind of face to face fieldwork in this semester is remote if at all viable. So I took the advice from my academic supervisors earlier this week and will plan for a 100% online study this year. This way:

I am currently expecting a feedback on approval of 4 (and 5) from the University's ethic committee.

With the turn of the year and the perception that I've already crossed the 18 months mark (which means I'm halfway in this project), I decided to start mobilising my networks to speed things up. Here's a tweet trying to map the terrain:

The replies to this tweet are already good clues on where and how to recruit participants. Ultimately, I would love to engage with agents valoristes active on the field, but there is a risk that I can only find them in Nantes, and my French is not that great, so I may skip that for the time being. But here are some loose ideas for afterwards, going into the third year: